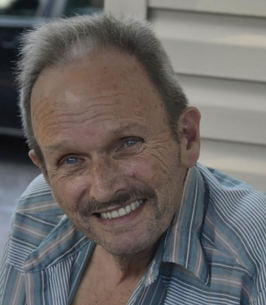 Ronald F. Smith, 80 of Syracuse passed away peacefully on March 15, 2022 at The Bishop on his beloved wife's birthday.

Native of Fulton, Ron was the son of the late Arthur and Ruthaleen (Beebe) Smith.

Longtime Taxi Cab Driver in Syracuse with both City Taxi Company and the former Bellavia Transportation.

Ron was an avid baseball fan and enjoyed attending the games for the Syracuse Chiefs. As luck would have it, he met his beloved wife, Diane (Northrip) Smith at a game in the 1980's and they were married for over 30 years until the time of her passing on September 4, 2019.

11 grandchildren and several nieces and nephews.

There will be no services.

Keegan-Osbelt-Knight Funeral Home, Inc. has been entrusted with the arrangements.

Ron will be laid to rest next to Diane at Woodlawn Cemetery at a later date.

Contributions may be made in Ron's name to: The Bishop Rehabilitation and Nursing Center RECREATION FUND, 918 James Street, Syracuse, NY 13203