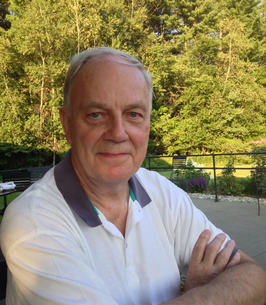 He was born on June 16, 1943 in Syracuse, NY and was the son of the late Edward J. and Elizabeth (Klemm) Grabowski. He was predeceased by his two sisters Mary Carmichael and Patricia Smolen.

Ed was a lifetime communicant of Assumption Church and was a proud graduate of Assumption Academy. He later attended Mohawk Community College and earned a Bachelor of Science in Mechanical Engineering from the University of Detroit. Ed used his engineering degree most notably for 22 years as the principal and owner of EJ Grabowski and Associates an HVAC firm, and for eleven years at the St Joseph’s Hospital as their resident engineer where he was significantly involved in many recent construction projects including the new patient tower, emergency room, helipad, and co-generation power plant.

An avid volunteer, Ed actively served supporting Assumption Church and Academy, the Catholic School Board for the Diocese of Syracuse and Syracuse Builder’s Exchange. Ed enjoyed woodworking, gardening, skiing, golf and wonderful times with family and his many friends.

During his illness, Ed was well cared for by a variety of physicians and staff, mostly notably Doctors Michael Rutkowski, Santo DiFino, Anthony Scalzo, and Gennady Bratslavsky as well as the dedicated caregivers at Francis House during his final days.

The Rite of Burial and Committal will take place at Assumption Cemetery.